George Jeffreys founded Elim in 1915, in Monaghan, Ireland, and since then the Movement has grown to over 550 churches in the UK and Ireland, and over 9000 worldwide.

Although Jeffreys was an outstanding evangelist and church planter, Elim grew rapidly thanks to a move of God characterized by miraculous healings and an explosion in the number of people becoming Christians.

This heritage has guided Elim for over a century now, with our leaders and churches consistently seeking to:

As Elim was growing as a movement with Churches being planted in Belfast and in other places throughout Northern Ireland and the UK in 1925 three Christians got together to seek God in prayer. These prayer meetings began at the "Turn of the Road" Crumlin Road Belfast. God honoured the prayers of these believers and soon their numbers began to grow and they obtained the old cinema named the Hen house and then they began to hold gospel meetings and outreaching into the area of Ballysillan and beyond. 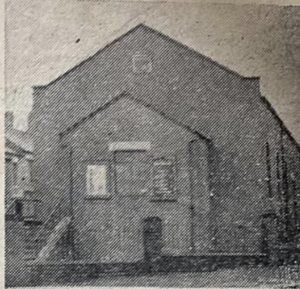 By 1934 the numbers had grown substancially, there was a new church hall built on the site of the old cinema and the church had come under the covering of the Elim Foresquare Gospel Alliance and remains part of the Elim movement until this day.

There have been many changes over the years, during the 1960's extensions were added to the side of the building to facilitate youth work and to allow for growth in numbers. 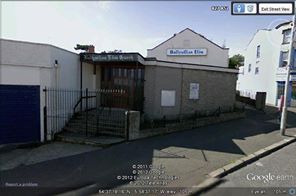 In 2008 the church building was demolished and a brand new two storey building costing £450k now stands in its place, the new building gives the church the opportunity to reach into the community in ways they could only dream of in the past, with a working cafe, with facilities for kids and youth work . 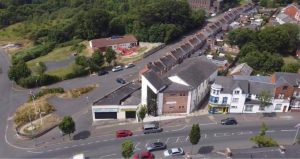 We believe as the building stands upon the foundations of the old church, that we too are standing upon the shoulders of the prayer warriors who in the last 96years prayed for this church, the church like any other has had difficult times too but with the help of God we have overcome and we have a vision and a hope should the Lord tarry Ballysillan Elim Church will be here for another 90years.

You can support this work by partnering with us on prayer, by donating to the church building fund or by being part of what God is doing in Ballysillan Elim by becoming a member of our church. We thank God for an amazing History this church has but we thank God too for the vision He has given to us for the future. He has called us to Preach, Reach, Teach and send.